As we are finding ourselves in the midst of several crisis’s at the same time we might be completely confused and feel lost. I think this is natural at this particular moment in time. We are dealing with a widespread disease, an ecological crisis and impeding economic crisis. We seem to be at a dead end. Or are we not?

With the rise of mass media in the past century we have seen that information can be send easily to a great crowd of people. The sender determines the scope of the message; what is told and what is not. To send a message you have to be concise and therefore leave out a whole lot of things. In fact, you have to leave out more than you can or want to convey.

When the internet entered our lives, and later social media, this dynamic has been changed dramatically. Everybody is a sender and and a receiver at the same time. This means that the relatively narrow scope of mass media is broadened immensely. People in position of central power can no longer ignore what is not told by themselves. The whole picture is brought to mind which might be very different from a single picture.

What does this mean? It means that we as an individual have to learn to deal with this new reality and possibilities of being a sender and receiver simultaneously. The separation of those two functions is eliminated and unity is revealed. This is happening on many levels and different ways. In a circular economy waste is no longer separate from the production process. With solar panels everyone can become a producer as well as consumer. This is a whole new game which is largely unknown to us.

In the external world we can see this oneness, unity, holism more and more. However we as a people are now called to embrace this within ourselves. This is because everything in the external world is created twice. First an internal creation in someone’s imagination. Secondly the external realization in our famous wide world.

To create something on your own can be very valuable but in a group it’s a whole new thing. Remember the Beatles? Alone they were quite good, but together they were magical. This is synergy. The power of synergy will increase enormously in groups. How do you do this?

“Give your difference, welcome my difference, unify all difference in the larger whole – such is the law of growth. The unifying of difference is the eternal process of life – the creative synthesis, the highest act of creation, the at-onement. – Mary Parker Follett

The key is to integrate differences and use them productively. Shirine Moerkerken has written a Dutch book on this topic: honouring the conflict. (In Dutch the word is conflict•eren – conflict•honouring)

In this way the at•onement of creation will reveal itself. Therefore we have to learn to use our whole capacity as a individual human being and be open to learn from each other and the richness of other perspectives. Our diversity becomes our strength, a collective power for humanity. Thus the task before is daunting but not impossible: the atonement of humanity which starts within ourselves. Welcome in the at•onement age. 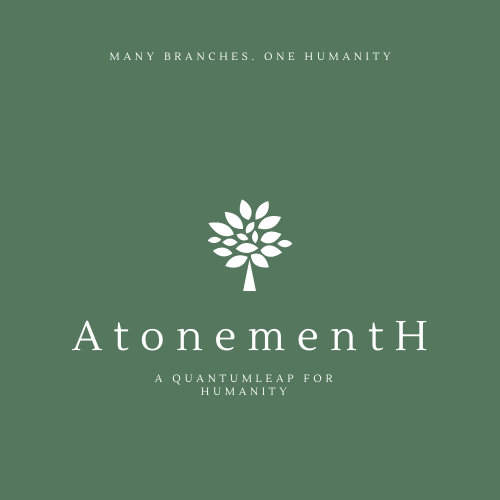