From part 1: … ‘which requires a transition of the entire society.’ From part 2: … ‘To learn to understand the circular economy it is necessary to relearn a number of things.’

But what does this mean in practical terms? A little earlier we talked about leasing products instead of buying them. This is quite a challenge for many companies. This transition has already taken place in a number of industries. Consider, for example, the encyclopedia. For the internet, people wanted to have one so that you could always look up specific knowledge. Nowadays everyone has access to such an encyclopedia without even having to pay for it. With the advent of Wikipedia, an entire industry has actually become obsolete. Of course very annoying for the individual encyclopedia companies but an improvement for humanity as a whole. The advantage of such an encyclopedia on the internet is that it is continuously updated, so that you always have the latest knowledge at your disposal. You also no longer need to have bulky books, you have access to a lot of information.

Another example is the videotape. If you wanted a movie before then you had to buy the videotape. Nowadays there are services such as Netflix and Videoland that give you access to video films. You then pay a subscription per month. In this way we move from ownership to access in the circular economy. This is also about to happen with cars. Currently, many people still own a car, but with the arrival of the Tesla model 3 and other vehicles, that is about to change.

This car is fully electric, although the Tesla model 3 is not yet a fully circular car, if you consider its production. The special thing about this car, however, is that it has all the technology on board to drive fully autonomously. This means that you could call it up with an app. You will then be picked up and dropped off at your destination. You don’t have to look for a parking space and can do something else along the way. Cars are now still more than 90% of the time and are not used efficiently. With the advent of transport-as-a-service, parking spaces are becoming redundant and cars are used much more efficiently. See also this article, for example, which indicates the 73 implications of self-driving cars on society. This is also part of the circular economy; do more and more with less.

In addition, it is also interesting to mention what Tesla has done with a large part of its patents. The WHY of Tesla is to accelerate the transition to sustainable transport. That is why they have opted for an open-source approach. Every car manufacturer can and may use the patents freely. Virtually every automaker in the world is now working on building an electric car, bringing fully sustainable transport closer and closer. Many car companies (including Mercedes-Benz, Volvo) are also engaged in the transition to transport-as-a-service, in addition to a number of other companies such as Uber, Apple and Google.

The internet is the means that makes it possible. The circular economy is not possible without the internet. So let’s rethink the underlying structure of the internet. Earlier I asked the question who is the CEO of nature. Have you thought about that? Then think about Wikipedia, does that encyclopedia have a CEO or management? Who write the articles? How are the writers rewarded?

Wikipedia has no formal leader or management, anyone can write an article and this is done by many volunteers. Who makes Facebook full of messages? Or that there will be new videos on YouTube? The users do that and everyone can. The power of such a platform lies with the user. Without users, Facebook is nowhere. In terms of organization, there is no formal leader, no strict hierarchy, and no formal power. Many companies are organized according to a central model. Wikipedia and a large part of the internet is decentralized. To understand the difference properly, see the list below in which both systems are compared: 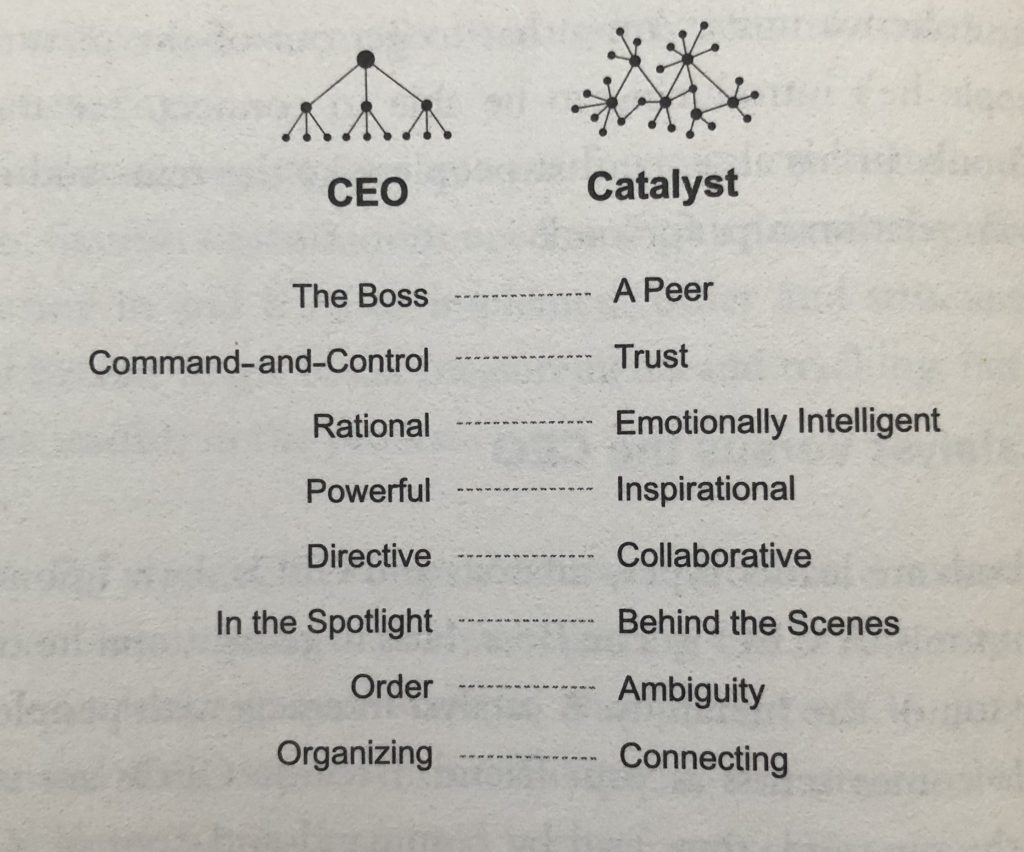 Before Wikipedia, it was thought to be impossible to get volunteers to create a reliable, free encyclopedia. This often led to the assumption that people cannot, by nature be trusted, and that people only work for money. Wikipedia, YouTube and other websites have now proven otherwise.

Now you may think all well and good, but in the business world that doesn’t work. I would have been so right if I had not known Ricardo Semler existed. Ricardo Semler is a Brazilian entrepreneur who has successfully demonstrated for more than 30 years what it can bring to set up your company in a decentralized manner. He took over the Semco company from his father and the company had a tight hierarchy where control and power predominated. Ricardo was a musician and was not eager to take over the company. He therefore took a radically different path. Trust, freedom and responsibility lie at the basis of the structure of that organization. For example, employees are allowed to determine their own salary. For this, employees have access to the following data:

So much for part # 3 of this series, for a glimpse of what will be discussed in the sequel, see www.monatisa.com